The workplace in 2014 – a disillusioned and unhappy workforce

Half of Brits are so unhappy in their jobs that they believe their career choice was a mistake - with legal professionals the unhappiest, according to our research.

Forty nine per cent of us are seriously thinking about changing job, with 28 per cent keen to do something completely different.  24 per cent of workers are so disillusioned; they admit that they would describe themselves as ‘poor’ employees.

The research, commissioned by Kalixa Pro to launch our Spirit of Small Business Awards which are open to entrepreneurs, small businesses and sole traders across Britain, paints a negative picture, with fourteen per cent of employees admitting that they don’t care about their job, and many admitting they hate their boss and have not been trained properly. 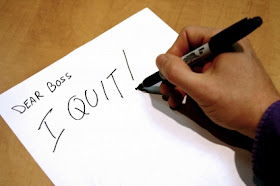 The results, don’t paint a great picture for the legal profession; 54 per cent of those working in this sector fear their career was a mistake and 37 per cent are looking at changing industry.  In addition two thirds of those working in property say their career was a mistake, while 39 per cent of those in hospitality are looking to change industry.
A further 47 per cent of employees think they have gone as far as they can in their profession and worryingly 43 per cent of 35-44 year olds say they have already hit their career ceiling.  Two in ten of us think our job is ‘meaningless’ and too stressful, with another 15% saying their hours are too long.

This disillusionment is leading seventy per cent of the British workforce to consider working for themselves.  Many people are looking for the opportunity to do something they love – nearly half (46%), in fact. A third of us admit we don’t want to take orders from others anymore, and a quarter want to make more money.
So what do we want to do? The list of dream jobs reveals the personal passions and dreams of the nation.  Café owner topped the poll closely followed by a B&B owner. 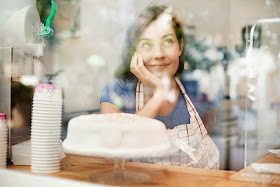 
In contrast a survey of small business owners shows they have no regrets about working for themselves as 42 per cent insist they could never go back. 82 per cent would hate to be an employee and 23 per cent don’t believe they could take orders anymore.


Colin Swain, Global Head of Product at Kalixa Group, commented: “It’s shocking to see that so many people are unhappy in their jobs, but great to see that some are turning their dreams into a reality.  Sole traders and small businesses are the lifeblood of the UK and as such Kalixa is committed to supporting the growth of this vital part of the economy.  We are delighted to launch Kalixa Pro, which will provide the UK’s sole traders and small businesses with a cost effective way to take card payments, designed to give them the freedom to help grow their businesses.”


Michelle Mone OBE, owner of Ultimo and an ambassador for Kalixa Pro said: “With many disillusioned employees thinking of a change of career, it’s important to remember that running your own business is hard work!  Of course, that’s not to say the rewards don’t outweigh the more difficult times.  If you are looking to set up alone, don’t be under any illusion that it’s the easy option - a third of small business owners are making less money and working longer hours than they expected.”

From July 16th, the Spirit of Small Business Awards are open to entrepreneurs, small businesses and sole traders across Britain and will reward eleven exceptional small businesses across the country. Each of the eleven winners will then be in with a chance of scooping the overall Outstanding Small Business of the Year Award which comes with a grand prize of £10,000.  To enter, visit: http://awards.kalixa.com

For more details on the research, please go to:
https://drive.google.com/file/d/0B8Mnwr_ugvntWHJkMUF4TDU5U0k/edit?usp=sharing
at 03:27
Share